In the early hours of August 6, 2020, my beloved mother-in-law crossed over to heaven. Over the past thirty hours, I have rewritten this tribute in my head a dozen times. How can you capture on paper the essence of a woman who is about as near to perfection as one can be this side of heaven? I can honestly say that I never, ever found her difficult, annoying, irritating, or any of the other things that people say of mothers-in-law. She was a woman of great courage who showed grace in the daily challenges of life. She was patient, prayerful, and persistent. I know she prayed for me every day, and I wonder where I will be without her petitions. I think she is the only person in my life I have never been mad at. And that says a lot about who she was. I was blessed to have had her in my life.

I was fourteen when I met this woman, who would come to mother me for more years than my own mother did. I entered her life in a mini-skirt and all the confidence inherent in a 14-year old who thinks pretty highly of herself. I had just started dating her only son. My husband, then boyfriend, is two years older than I am, so I was not his first girlfriend. He had two serious girlfriends before I came along. My mother-in-law may have expected that I was just a brief blip on the screen of her life. But it didn’t work out that way. I was in for life. I am still confident, but hopefully, I am confident with humility from watching her example.

She was gifted in ways I was not, and over the years I learned much from her. She was the quintessential homemaker. I had little experience in the kitchen. I’m still not much of a cook, but I’ve improved. I rarely completed a recipe without having to pick up the phone for advice on how to proceed. I surprised myself by learning how to can and freeze produce. I was never connected to mom by an umbilical cord, but I was regularly attached through the long-winding cord on my wall phone. Before there was internet, there was Mom.

Of course, before you preserve anything, you must garden and harvest. I’m sorry to say I did not excel in this area. I do not have the patience or desire to nurture a garden or the work ethic to gather the yield. However, I did help with the harvest on occasion. I learned to pick strawberries, raspberries, cherries, and grapes without scratching my arms. I learned to determine what was ripe enough to pick and what needed to stay on the vine. I learned to make jam. I learned to make crisps and cobblers. I draw the line at pie. As much as I love a cherry pie, pie crusts are beyond me. Fortunately, my mother-in-law made the best cherry pies ever.

She used to ask me what kind of cake I wanted for my birthday. My answer was often cherry pie. When I did choose cake, it was angel food. Not the easiest of cakes to bake. From scratch.  Mom wasn’t a fan of cakes, or anything else, that came in a box. Whether pies, cakes, or cookies, she always made them herself.  And speaking of cookies, she had a cookie drawer. She probably called it the bread drawer, but my girls knew it was the cookie drawer.  She always had one or two kinds of cookies, carefully put away in Tupperware containers, each layer lined with wax paper.

Her talents were not confined to the kitchen. She could sew, knit, crochet, quilt, craft, and weave baskets. She tried pottery and painting. She wasn’t afraid to try anything. Her example inspired me. I knew a little about sewing thanks to my own mother and home ec classes. I was a total failure at knitting. I learned to crochet as an adult, and even though she was not the one to teach me, it was something we had in common. I took a quilting class and completed a few projects because I saw her doing it. And whenever I got stuck, she was there to help me. Mostly though, if things needed to be fixed or sewn, I just took them to her knowing she would get it done. She even replaced the cane bottom on my childhood rocking chair when I wanted to pass the chair on to my daughter.

These things may seem normal to anyone who is a homemaker and avid crafter, but I do not have the “craft gene,” as we have come to call it in our family. However, I tried more things than I ever thought possible because of her example.

Not only was she a gifted homemaker but also a woman of great wisdom. She never interfered in our lives, but she was not afraid to share her thoughts if she thought you had strayed. She didn’t let things get her down. She always had a smile and kind word. She was interested in what was going on but did not gossip. She was a woman of principles, and she lived by those principles with unwavering faith.

In her later years, she suffered from chronic back pain, but even these last couple of years as she moved to independent living and then assisted living, she always had a smile. Even in the midst of losing Dad in February and not seeing her family since then, she remained cheerful. We talked to her often and saw her from a distance a few times.

I heard the same comments over and over from people who met her. “Your mom is so sweet. She is so nicely dressed. I love her smile. She is just so cute.” People who cared for her enjoyed doing it. They loved visiting with her and hearing her share about her family.

My own grandkids loved her. The little ones started calling her “big” grandma to differentiate between other grandmothers. Of course, mom was anything but big physically. But she was big in spirit! She was, as my daughter described her, “fierce in a quiet way.”

We will say our final goodbyes to her this week, just short of her 92nd birthday. She has left a lasting legacy of children who serve the Lord. She has worked out her own salvation. (Philippians 2:12) She has been changed from glory to glory. (II Corinthians 3:18) She has fulfilled her purpose. Isaiah 43:7 says, “Everyone who is called by my name…I created for my glory, whom I formed and made.” Her life and her legacy have surely brought glory to God. Her children shall arise and call her blessed. (Prov. 31:28)

Enjoy heaven, Mom. We will see you on the other side. And while we wait, we will do our best to carry on your legacy for future generations. 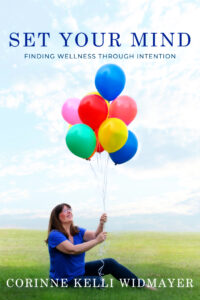 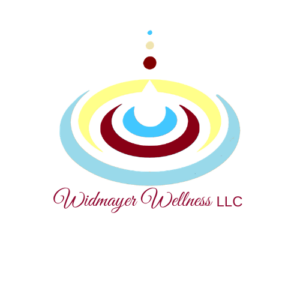